'I'm so excited!' Lindsay Lohan is all smiles as she shares snaps from behind-the-scenes on her first day filming The Masked Singer Australia

She was spotted looking downcast outside her Sydney hotel room ahead of appearing as a judge on The Masked Singer Australia.

But Lindsay Lohan's spirits had certainly lifted by Tuesday, when she took to social media to document her first day filming scenes for the new singing show.

Taking to Instagram Stories, the 33-year-old actress shared a clip from her dressing room as she prepared for the first day of rehearsals. 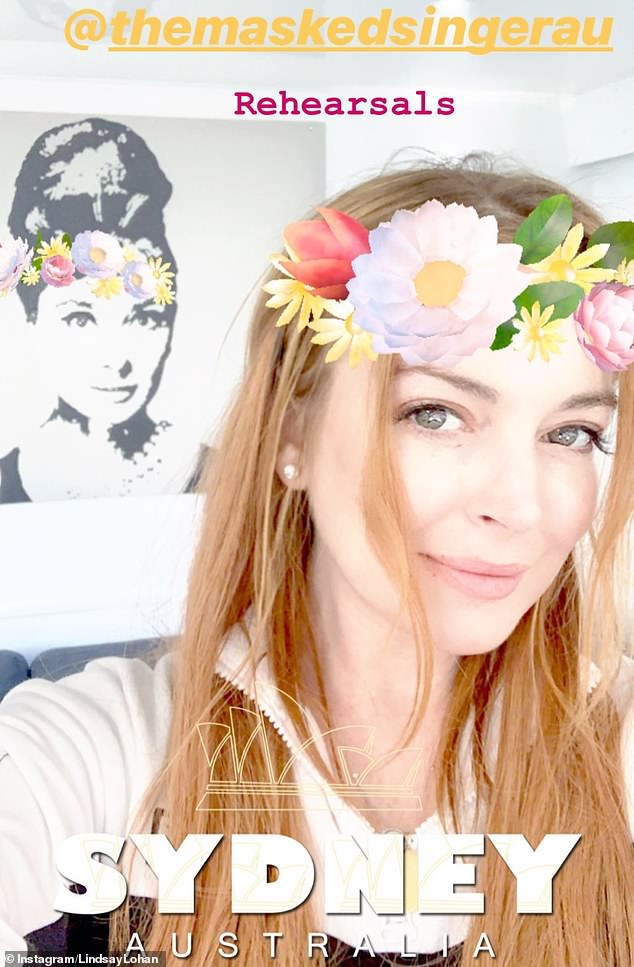 Lights, camera, action! Lindsay Lohan (pictured) was hard at work as a judge on set of the Australian version of The Masked Singer

'I'm at Fox Studios in Australia for The Masked Singer, this is my cute little trailer,' she said while using a Snapchat filter.

'I'm so excited, looking forward to this whole experience,' she added blowing a kiss to her fans.

Lindsay wore a black-and-white blouse and a pair of sunglasses, while her long red locks were styled in loose waves. 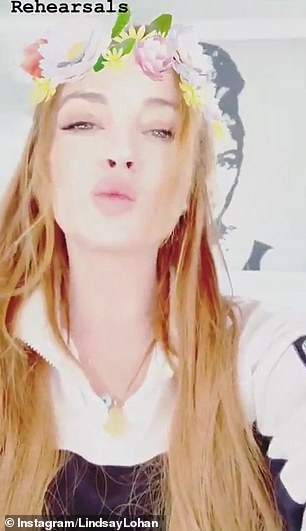 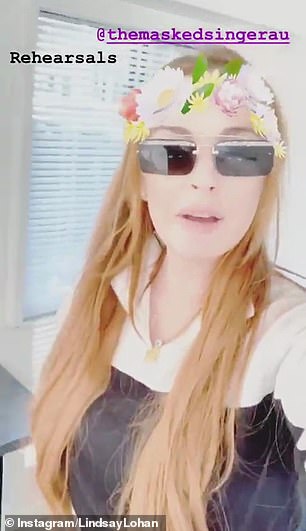 Working: Lindsay wore a black and white blouse and a pair of sunglasses, while her long red locks were styled in loose waves

Meanwhile, her co-hosts seemed to be just as excited on their first day on set, with Jackie 'O' Henderson uploading a photo of herself posing alongside fellow judges Dannii Minogue and Dave Hughes.

The Australian trio wrapped their hands around each other as they smiled for the camera.

'First day of rehearsals for Masked Singer, you guys have to come along and watch a show - it’s so much fun!!!,' she captioned the post. 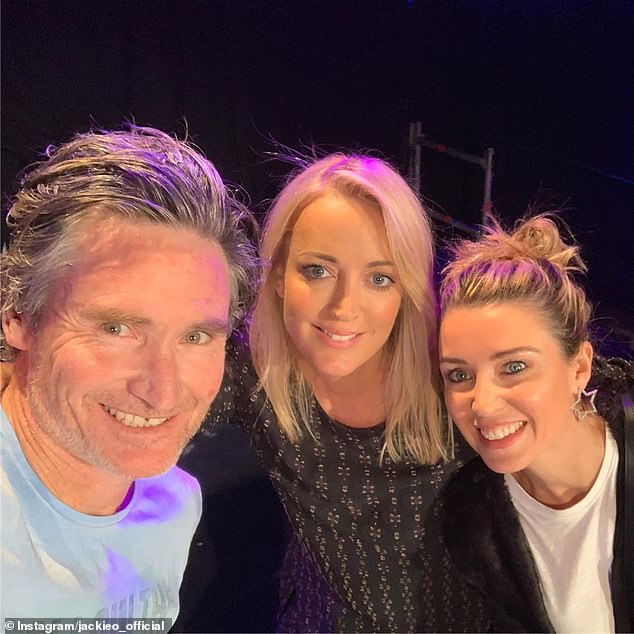 Interestingly, Lindsay didn't make an appearance in the group shot and wasn't tagged in Jackie's post.

The Masked Singer will be hosted by Osher Günsberg.

Filming for the show will take place until August 6 in Sydney. 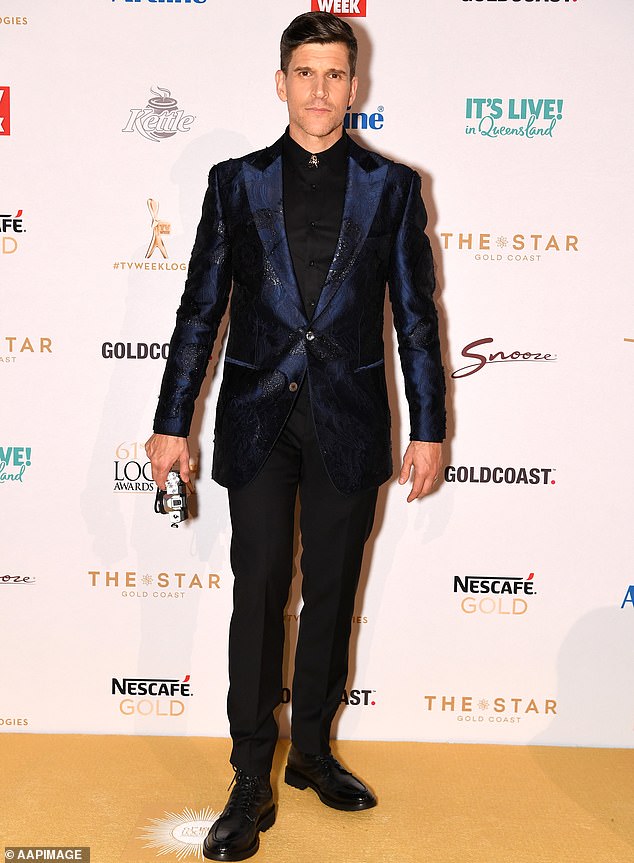 Cast: The Masked Singer will be hosted by Osher Günsberga (pictured) and filming will run until August 6